Manfred Honeck: Music has something in common with a feeling for language

Manfred Honeck brings light to the Lenten season with the optimism of Antonín Dvořák’s Symphony No. 8 and of W. A. Mozart’s Symphony No. 33, complementing the colorful lyricism of Richard Strauss’s Four Last Songs sung by the great German soprano Christiane Karg. The concerts have become, among other things, an opportunity for Maestro Honeck’s personal retrospection on his tenure so far as Principal Guest Conductor, which reached its apex last season.

Manfred Honeck first held the position of Principal Guest Conductor of the Czech Philharmonic in the 2008/2009 season. At the same time he also became the Music Director of the Pittsburgh Symphony Orchestra, with which he will be working until the end of the 2019/2020 season. He has had a lifelong love affair with the works of Gustav Mahler, and he approaches the work of Antonín Dvořák, a key composer for the Czech Philharmonic, not only with an attitude of respect, but also with daring creativity and a desire to find the music’s innermost essence. This Austrian conductor is graced with warmth, humility, generosity, and devotion. Concerning the significance of his work, he has this to say:

Sometimes conductors want to be seen as big heroes of the world, but this is not always true. They should know the real heroes are the composers. Actually, without Mahler, Mozart, Haydn, and Beethoven, my profession would not exist. So they are the heroes…

You have been collaborating with the Czech Philharmonic for almost ten years. What do you like the most about this orchestra, and what are some of its strengths?

The Czech Philharmonic is an orchestra with a long tradition and with enormous musicality. They feel the music, they have a highly cultivated way of playing, and they think and especially feel as a group. I think they have a great style of their own, and it is amazing how they maintain their traditional sound. It is phenomenal. In addition, the orchestra is in one of the most beautiful cities in the world.

The specific sound of the Czech Philharmonic Orchestra is appreciated by many foreign conductors. Could you further describe this phenomenon?

I think sound often has something to do with a feeling for language. In my opinion, the unique sound of this orchestra has something to do with the combination of the way the brass and woodwinds players play together with the strings. For example, the tenderness, sweetness, clearness, and warmness of the woodwinds also inspires the strings to play with a warm, rich sound. The horns have their own wonderful school, and we should not forget the excellent harps, tympani, and percussion section. I would say it is the ability of this orchestra to play expressively, but in the end it is the combination of the sections of the orchestra that makes the orchestra unique. I hope they will keep their tradition. 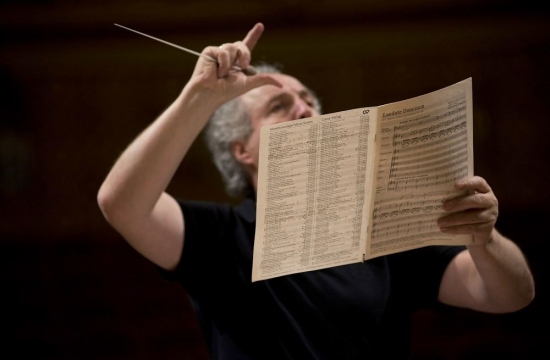 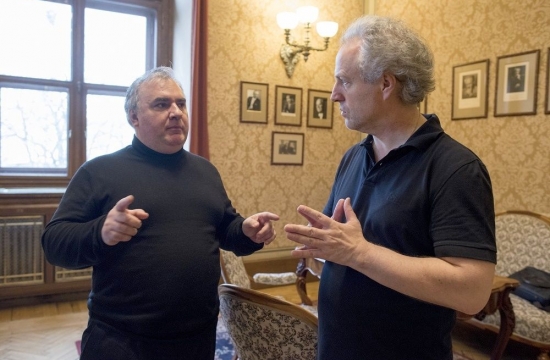 What should they do in order to keep it?

Work at it. There is no other way. I know they are doing that. And there is also another aspect, and that is to be curious. So not only to keep your own tradition, but also to be curious.

How do you think the orchestra has changed since you first collaborated with it?

It is amazing to see how much the orchestra has changed since I started to work with it. In some sections there are different people, very young, who bring new ideas and inspiration and are also very good players.

If you had to, how would you rate the Czech Philharmonic in terms of quality?

I am completely against ratings. In sports it is alright, but the arts are not sports. You can’t say this orchestra is good, and that orchestra is bad. But what we certainly can quantify is that the Czech Philharmonic is one of the most prestigious traditional orchestras. And keeping that prestige is a big challenge.

You are the Music Director of the Pittsburgh Symphony Orchestra, so you know very well the sound both of American and European orchestras. So, is there much of a difference in sound?

I think we are living in a time of globalization nowadays. We have to admit that the sound of the orchestras is getting closer and closer in general, and this is caused, for example, by the fact that the musicians attend the same schools. But this is very difficult to judge, because it depends on the conductor very much as well. When Karajan was the Principal Conductor of the Berlin Philharmonic, at the end of his era it was said that the orchestra had a “Karajan” sound. And today it’s again a bit different. So I would not say there is much difference between American and European orchestras in sound, but there is a big difference in the way they are managed. In Europe, governments are usually more involved, while in America everything is private.

Let us come back to the question of musical interpretation. You have already mentioned the connection between language and music. Do you think musicians can play music better if they understand the spoken language of the composer, too?

This is quite an interesting topic. I agree to a certain extent, but I wouldn’t say it this way, because languages have different rhythms, sometimes accents, some of them sound more elegant, hard or soft. Japanese sounds different than English, for example. On the other hand, all human beings feel music; it does not matter whether they are Japanese or American. When we speak about symphonic music (because in vocal music the connections between language and music are clear), I believe the way the musicians speak their language also influences their musicianship in a certain way. In your language, you are used to saying a sentence in a certain way: it goes up and down in a special way. You do this quite naturally, so you don’t have to think about it at all. In music it also comes naturally; you do not think about the phrases, but you shape them in your own way, based on how you are used to speaking.

It is right, then, that when you understand German you can understand German music better. Nevertheless, I wouldn’t say that in general, but rather when speaking about nuances. For example, north German differs a lot from the Viennese German. The Viennese German is a little bit easygoing, sweet, and soft, while northern German has very clear pronunciation. When you are listening to the music of Johann Strauss, Franz Schubert, and Gustav Mahler, you can’t disconnect the music from the Viennese way of speaking German. You can hear it in the phrasing, for example. And I would go so far as to say that the music of Antonín Dvořák would not be his own if he had no spoken Czech. All the rhythm you Czechs have in your language is incorporated into the way you make accents and syncopations, for example. We don’t have anything quite like this in German. And this is only one small example. Finally, I would add that these connections certainly became more personalized and important in the Romantic period. 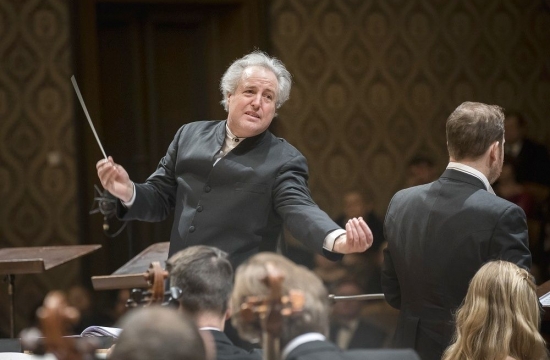 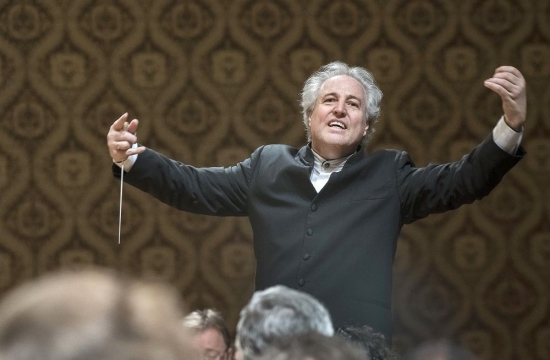 With the Czech Philharmonic, you performed symphonies by Wolfgang Amadeus Mozart and Antonín Dvořák together with the Four Last Songs (Vier letzte Lieder) by Richard Strauss in March. Why did you choose this program?

I had only had the opportunity to do one Dvořák symphony with this orchestra, so I thought: “Let’s do another one!” The Eighth Symphony is one of my favorites. It is so wonderfully connected with life and nature, influenced by Dvořák’s stay at his summer house in Vysoká near Příbram. I saw the beautiful pictures of this place and read his letters, so for me it is no surprise that Dvořák was so influenced by it all. For example, with the bird calls in the second movement, you can sense the forest. I played this symphony myself when I was a member of the Vienna Philharmonic. And do you know who conducted the symphony? Václav Neumann… So the concert was definitely centered on Dvořák. I was also very much looking forward to playing the songs of Richard Strauss with Christiane Karg. Those songs also have imitations of birds, big orchestration, and beautiful colors. Regarding Mozart, his music is part of the traditions of both Czechs and Austrians. I was born into this tradition, so I want to bring Mozart’s music to life here in Prague.

Why Mozart’s Symphony No. 33 in particular?

It has the right tunefulness and lightness, and it does not use a large orchestra. It has enormous joy and effortlessness, so it is close to Dvořák’s Eighth Symphony in character. The concert began with music of great joy, to which the Strauss brings a somewhat serious color, but not darkness.

As we know, the Christian faith plays an important role in your life. How much does it influence your work?

We have different cultures and different faiths, and there is no doubt that spirituality plays a big role in my life, and it influences me as a person and also as a conductor. I would say it was similar with Mozart: I don’t go to bed without praying every day. Mozart did this as well.

There is no question that through spirituality and constantly thinking and asking questions like “Why am I here?”, “What is life’s purpose?”, “Is there something greater than me, greater than mankind?” and so on, one is led automatically to have more respect for people, for music, and for other things. I do not want to be influenced by money or anything else, because that cannot bring real happiness. Instead, I want to be influenced by what I believe and by what I think is necessary for us. At the same time, it’s very important to work constantly at the question “What is the truth?”, and for me personally, this means that you yourself have to work towards the truth.

My faith greatly helps me understand that I should be truer every day, to be what I am, and it gives me a lot of support, help, understanding, and respect for people. But I also respect people with other beliefs. I have a lot of friends who have no faith, and I respect them a great deal. So in the end, I would say that my happiness comes from within my soul, not from the material world. For me, that’s what real life is.